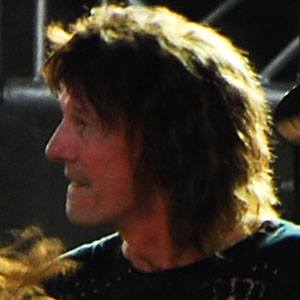 Musician and singer for the Canadian hard rock trio, Triumph.

He was in a band called Sherman & Peabody.

He founded a recording studio in Canada called Metalworks Studios.

He fathered two daughters, Lauren and Holly, and one son named Myles.

He was inducted into the Mississauga Music Walk of Fame in September 2012 alongside Ronnie Hawkins, Krisztina Szabo, and Oscar Peterson.

Gil Moore Is A Member Of