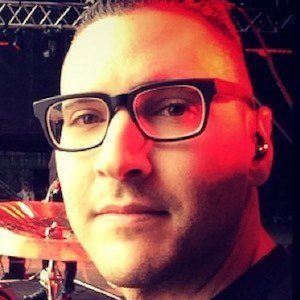 Touring drummer best known for his work with Marilyn Manson and a variety of other bands including Stolen Babies and The Dillinger Escape Plan.

He trained himself to play drums as a teenager by watching and listening to other players.

He and his brother Rani portrayed Teenage Alex and Teenage Nicky respectively on the hit family sitcom Full House.

His twin brother Rani used to play with him on guitar and bass.

He supported Mark Hoppus and the rest of +44 after Travis Barker broke his arm in 2007.

Gil Sharone Is A Member Of