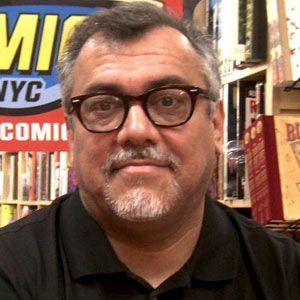 Comic book artist best known for his series "Love and Rockets." He was named among Time magazine's Top 100 Next Wave Storytellers in 2009.

He spent his childhood devouring DC and Marvel comic books. He also enjoyed the "Dennis the Menace" comic strip and Archie comics.

He received a 1986 Kirby Award for Best Black & White Series for "Love and Rockets."

He grew up with six siblings and collaborated with his brothers, Jaime and Mario, on "Love and Rockets."

He was inspired by the work of comic book legend Stan Lee.

Gilbert Hernandez Is A Member Of