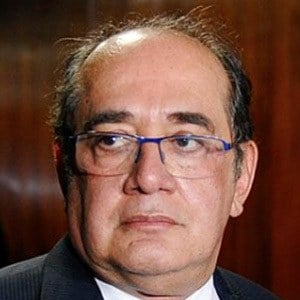 Brazilian lawyer, judge and teacher who became the Minister of the Supreme Federal Court in June 2002. In 2009 he was selected by Revista Época as one of the 100 most influential Brazilians of the year.

He graduated from the  Faculty of Law of the University of Brasilia in 1978, and received his master's in 1987.

In 1998 he co-founded the Brazilian Institute of Public Law.

He married Guiomar Mendes in 2007. They have children Laura and Francisco.

Joaquim Barbosa has also served on the Supreme Court of Brazil.

Gilmar Mendes Is A Member Of