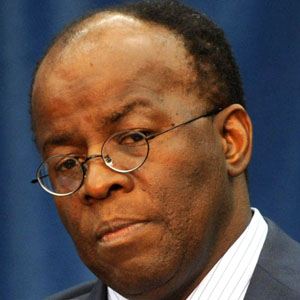 Brazilian lawyer who, in 2003, became his country's first black Supreme Court justice. In 2012 he assumed the posit of Chief Justice of Brazil and the following year he was included on Time Magazine's list of the 100 most influential people in the world.

In a country where half the population is black, his election to the court had a lot of symbolical meaning.

In the weeks leading up to his selection as the head of the Supreme Court, he presided over a high-level corruption trial that implicated congressmen and government officials.

The oldest son of a bricklayer father, he came from very humble beginnings.

Where he was the first black man on the Brazilian Supreme Court, Thurgood Marshall accomplished the same in the U.S.

Joaquim Barbosa Is A Member Of