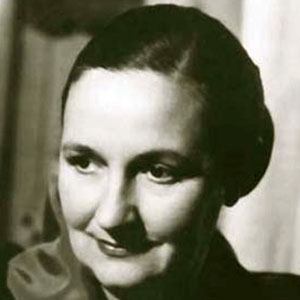 Classical musician who became known throughout the United States and Europe for her concert tours. She was called the Queen of Pianists.

She was Princess Irene of Greek and Denmark's piano teacher.

She was honored by the Greek Post with a stamp in 1981.

Her family noticed her talents early on. She was only eight when she performed at her first recital.

She and Greek artist Giorgio De Chirico were contemporaries.

Gina Bachauer Is A Member Of