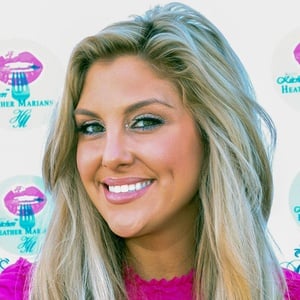 Reality television personality who joined the cast of The Real Housewives of Orange County for the show's thirteenth season in 2018. She joined the show's cast after moving to Southern California from Long Island, New York.

She graduated from Hofstra University, where she majored in psychology.

She has worked as a flight attendant for North American Airlines.

She was previously married to Matthew Kirschenheiter, with whom she has children named Luca, Sienna and Nicholas.

She appeared with Emily Rebecca Simpson on season thirteen of The Real Housewives of Orange County.

Gina Kirschenheiter Is A Member Of