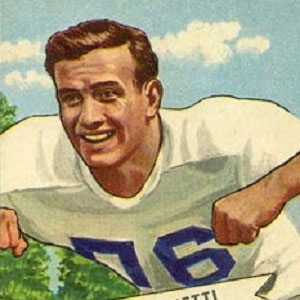 He joined the U.S. Army after high school and fought as a machine gunner in the Battle of the Bulge.

He was voted the 39th greatest player in NFL history by the NFL Network in 2010.

He was called the greatest player in football by Los Angeles Rams coach, Sid Gillman.

Gino Marchetti Is A Member Of