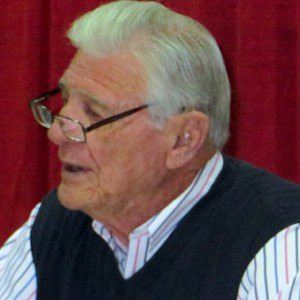 Hall of fame running back who spent most of his career with the San Francisco 49ers. He was a 6-time Pro Bowl selection and scored 38 touchdowns during his career.

He suffered from Guillain-Barre Syndrome and for a while was paralyzed from the neck down.

He married Peggy McElhenny in 1954.

He belonged to the same fraternity, Chi Psi, as Charles Edward Merrill, founder of Merrill Lynch.

Hugh McElhenny Is A Member Of