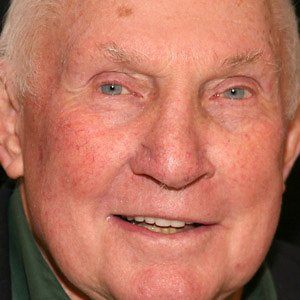 All-pro quarterback who spent 17 years in San Francisco and New York. He was named NFL MVP in 1963 and became the first quarterback to throw for 30 touchdowns in two straight seasons.

He was MVP of the 1947 Cotton Bowl while playing for LSU.

He had four children with his wife Minnette.

He and Steve Young both had successful runs as quarterback of the 49ers.

YA Tittle Is A Member Of