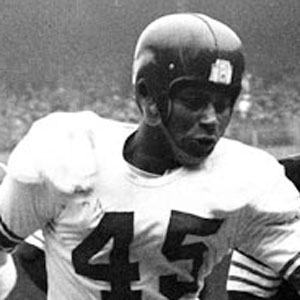 He broke his neck playing football at the University of Toledo, which got him rejected from the Army and Navy, so he served in the Coast Guard.

He was a key part of the Giants' vaunted Umbrella Defense, handling the team's offense on defense with key interceptions.

He grew up in Bryn Mawr, Pennsyvlania.

For more than 50 years after his retirement, his record of 79 career interceptions was surpassed only by the 81 of Paul Krause.

Emlen Tunnell Is A Member Of