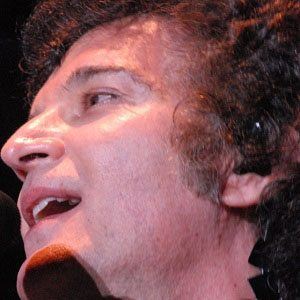 Canadian pop, jazz, funk, soul, and soft-rock singer and songwriter. His hit singles include "I Just Wanna Stop," "Living Inside Myself," and "Hurts to Be in Love."

He and his wife Patricia married in the 1980s and later became parents to a son named Anton.

He was signed by music producer Herb Alpert to the A&M Records label. His first album on the label, Crazy Life, was released in 1973.

Gino Vannelli Is A Member Of