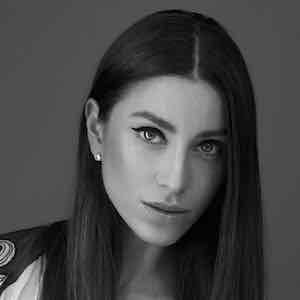 High-end fashion designer with a company called Wandering who has also dabbled in modeling. She is an Instagram phenomenon with more than 1.9 million followers.

She studied business and economics in school. Her entertainment debut was as a showgirl on Italian television.

An Instagram video of her and Gianluca Vacchi dancing to Ricky Martin's "La Mordidita" went viral.

She is originally from Sora, Italy, but has also lived in Milan and Bologna, where she pursued her love for fashion. She began a relationship with Andrea Grilli. Their son was born in the summer of 2019. She was married to Gianluca Vacchi until 2017.

She was previously romantically involved with footballer Christian Vieri.

Giorgia Gabriele Is A Member Of