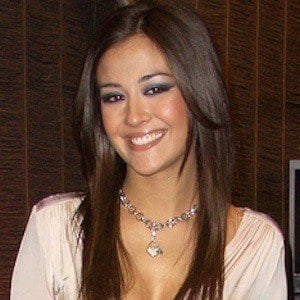 Italian model and TV personality known for her time on the satirical show Strsica la Notizia, as well as CD Live and Paperissima Sprint. She won Celebrity Survivor in 2011.

She represented Italy at the 2000 Miss World pageant, where she came in second place.

A popular media figure in her country, she has more than 1.8 million followers on Instagram. She competed on X Factor on Ice in 2012.

She had a daughter with former soccer player Davide Bombardini in 2008.

Giorgia Palmas Is A Member Of