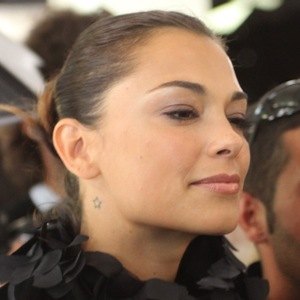 Television presenter most famous for having served as the host of TRL Italy, the Italian version of MTV's Total Request Live. She is also an occasional actress who has appeared in several movies, including Chocolate Kisses (2011).

She went to high school at Perito Aziendale Corrispondente, during which time she also took swimming and dancing classes. She later attended the University of Milan.

She was featured on the second season of the comedy series Un Gars, Une Fille.

She married actor and novelist Nicolas Vaporidis in 2012.

She and Alessandro Cattelan have both hosted TRL Italy.

Giorgia Surina Is A Member Of