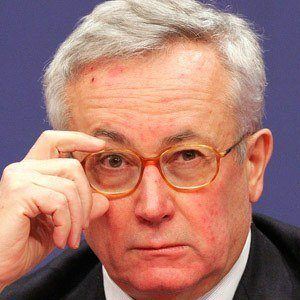 Minister of Economy and Finances who held the post four times from 1994 to 2011. He was also the Chairman of the Aspen Institute Italia.

He attended the University of Pavia and would later accept a position as professor of law at his alma mater.

He was known in the early 2000s as a tax cutter, cutting income taxes in 2003, the top marginal tax rate in 2005, and reducing the corporate tax rate from 36 percent to 33 percent and eventually 27.5 percent, among other reforms.

He was born into a Venetian family.

Giulio Tremonti Is A Member Of