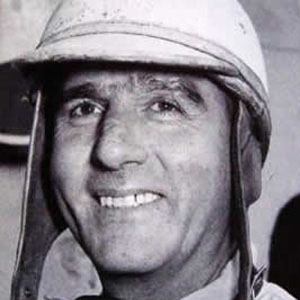 Race car driver from Italy most famous for being the first-ever winner of the Formula One World Championship. He was killed after he lost control of his car on an icy road in Aiguebelle while on his way to the 1966 French Grand Prix.

He served in the Italian Army during World War II.

He was famous for creating the so-called "straight-arm" driving style, which many drivers have since imitated.

He and Graham Hill are both winners of the Formula One World Championship.

Giuseppe Farina Is A Member Of