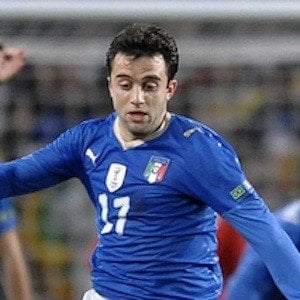 Italian forward who scored 54 goals in six seasons with Villarreal before signing with Florentina in 2013. He played on loan for Levante and Celta before signing to Genoa in 2017.

He began his youth career with Parma F.C. at age 13.

He earned an Olympic Golden Boot while playing with Italy's national team in 2008.

His father, Fernando Rossi, was also his soccer coach in high school. His mother, Cleonilde Rossi, worked as a language teacher. He grew up with a sister named Tina.

Giuseppe Rossi Is A Member Of