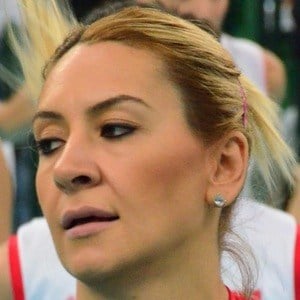 She played in the VakıfBank youth academy. She made her professional debut in 2005 for Türk Telekom Ankara.

She was named the 2012-2013 CEV Champions League's best libero following the season. She helped lead the Turkish national women's volleyball team to a silver medal at the 2013 Mediterranean Games tournament.

She married popular Turkish DJ Huseyin Karadayi in May 2013.

She and Eda Erdem Dundar have played as teammates for the Turkish national women's volleyball team.

Gizem Karadayi Is A Member Of