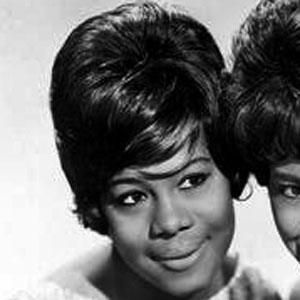 American R&B singer who co-founded the all-female group The Marvelettes. She sang lead vocals on many of the Marvelettes' hits, including "Playboy", "Beechwood 4-5789" and "Too Many Fish in the Sea."

She began singing when she was young and formed a group called the The Casinyets when she was fifteen. They later changed their name to The Marvelettes.

The Marvelettes' "Please Mr. Postman" peaked at No. 1 on the Billboard Hot 100 and made them in stant Motown stars.

She grew up in the Inkster suburb of Detroit and was raised by foster parents.

Gladys Horton Is A Member Of