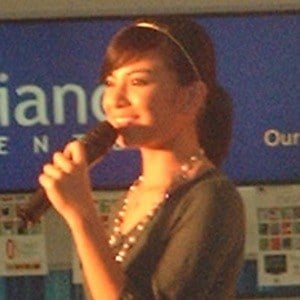 Most Popular#27131
Singer Born in Philippines#22

While growing up, she sang in choirs and in a band she formed with her friends. She started her onscreen career as an extra on several TV shows.

She moved between the ABS-CBN and GMA TV networks before becoming a contract artist of GMA.

Her parents are both musicians, and her brother Alchris Galura is also an actor.

She has posted pictures to her Instagram with fellow Filipino actor Gabby Eigenmann.

Most Popular#27131
Singer Born in Philippines#22

Glaiza de Castro Is A Member Of