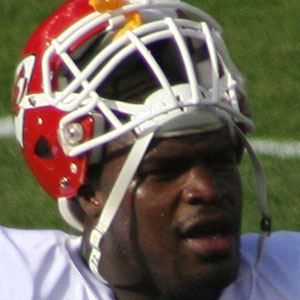 NFL defensive end who signed with the 49ers in 2013 after four seasons with the Kansas City Chiefs.

He was named the SEC Defensive Player of the Year during his last season at Louisiana State University.

He was drafted 5th overall by the Kansas City Chiefs in 2008.

He was raised in Baton Rouge, Louisiana.

He became teammates with Vernon Davis on the San Francisco 49ers in 2013.

Glenn Dorsey Is A Member Of