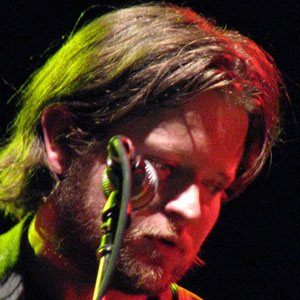 Singer-songwriter known for being the frontman of the acclaimed Australian rock band Augie March. He is also a successful solo artist, releasing albums like 2008's Watch Me Disappear.

He was a dock worker in Fremantle, Western Australia before joining Augie March in 1995.

He won APRA Awards for Breakthrough Songwriter and Song of the Year for 2007's "One Crowded Hour."

His brother, Chris, is also a musician.

His solo album Watch Me Disappear was recorded at the studio owned by Crowded House guitarist Neil Finn.

Glenn Richards Is A Member Of