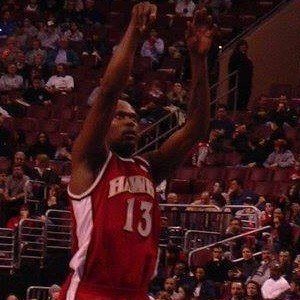 Known as "Big Dog," he was the first overall pick in the 1994 NBA draft by the Milwaukee Bucks. Across his career, he was a 2-time NBA All-Star and an NBA Champion with the San Antonio Spurs in 2005. He also won the Naismith College Player of the Year award with Purdue in 1994.

He became the first Purdue Boilermaker to record over 1,000 points, 500 rebounds, 100 steals, 100 assists and 50 blocked shots during his career. He received just about every individual award after the 1993-94 NCAA season.

He was chosen for the U.S. Men's Olympic team in 1996, but was unable to play due to injury.

His mother, Christine Bridgeman, raised him as an unmarried teenager.

He won an NBA title with the San Antonio Spurs in 2005. Famed shooting guard Manu Ginobili was a big part of their championship run.

Glenn Robinson Is A Member Of