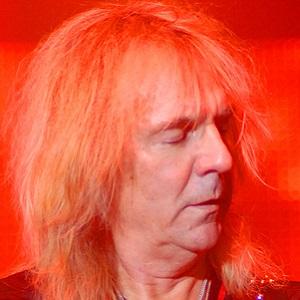 His mother taught him the piano but, around age nineteen, he started learning guitar.

He joined Judas Priest in 1974 before their first album was released, and has been with them ever since.

He grew up around Blackheath, England. He has two children named Karina and Rick.

Scott Travis was the former drummer for Judas Priest.

Glenn Tipton Is A Member Of