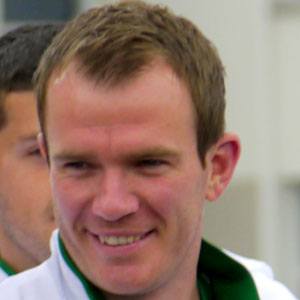 Center midfielder who became a starter for Stoke City FC and joined the Republic of Ireland national team in 2008.

He made his professional debut for Manchester City FC in 2001, at age 17.

He was named the Sheffield Wednesday Player of the Year in 2007.

He had two children, Abbie and Jack, with his wife Karren.

He was joined by Jermaine Pennant as a starter on Stoke City FC in 2011.

Glenn Whelan Is A Member Of