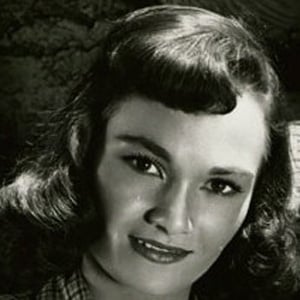 Film and TV actress who gained fame as a "Scream Queen" in The Daughter of Dr. Jekyll and 1957's The Cyclops.

She grew up in the city of Glendale, which was co-founded by one of her grandfathers.

Despite her lengthy career in both film and television, she never received a prestigious award.

She was married to her fourth husband, Dr. Patrick Mullally, until her death in 2000.

In 1955, she appeared in the film, We're No Angels, opposite Humphrey Bogart.

Gloria Talbott Is A Member Of