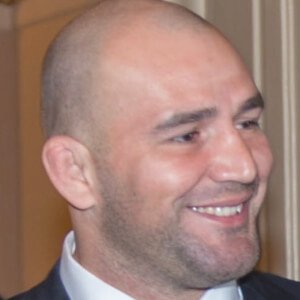 He worked in landscaping while beginning his training in Brazilian jiu-jitsu prior to his MMA career. He was eventually invited by trainer John Hackleman to train with world-renowned fighter Chuck Liddell at the California gym The Pit.

In April 2014, he earned his title shot against the then-defending light heavyweight champion Jon Jones. He eventually lost the bout via unanimous decision.

He was born in Sobrália, Brazil. He married Ingrid Teixeira, who he met after moving to Connecticut in 1999.

His win against Rashad Evans on April 16, 2016 earned him the Performance of the Night honors.

Glover Teixeira Is A Member Of