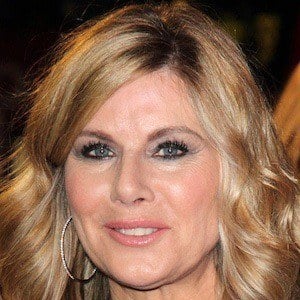 Famous for her work in the British soap operas EastEnders (as Glenda Mitchell) and Emmerdale (as Grace Barraclough), she is also known for playing Soolin on the sci-fi series Blake's 7 and Harriet Makepeace on the drama series Dempsey and Makepeace.

She made her screen acting debut after training at London's Mountview Academy of Theatre Arts.

Born in Durban, South Africa, to an Afrikaner family, she later relocated to London, England. Following her divorce from actor Paul Antony-Barber, she married her Dempsey and Makepeace castmate Michael Brandon and welcomed a son named Alexander.

She appeared with Vanessa Redgrave in the 1997 movie Deja Vu.

Glynis Barber Is A Member Of