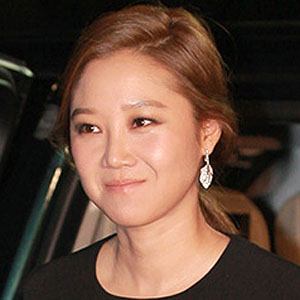 Most famous for her starring role in the 2008 film Crush and Blush, this South Korean actress also appeared in such television series as Master's Sun and The Greatest Love. Her acting honors include Director's Cut and Korean Film awards.

After working for a time as a fashion model, she made her screen debut in the 1999 horror movie Memento Mori.

For her role in the South Korean comedy Family Ties, she earned a Best Actress Award from the Thessaloniki International Film Festival.

After ending her relationship with fellow South Korean actor Ryoo Seung-bum, she began dating another popular actor, Lee Jin-wook but they later broke up.

She and Shin Min-a co-starred in a 2009 independent movie titled Sisters on the Road.

Gong Hyo-jin Is A Member Of