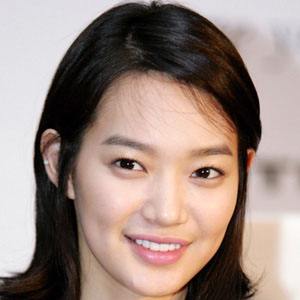 Multiple award-winning South Korean actress who has starred in television series that have included A Love to Kill and My Girlfriend is a Nine-Tailed Fox.

She started modeling for the teen magazine KiKi in 1998.

She has also worked as a singer and released songs for the television shows she has acted in.

Her family comes from Seongnam, Gyeonggi Province, South Korea. She's been in a relationship with Kim Woo-bin since 2015.

She appeared in a photo shoot for Elle Korea with model and actor Jamie Dornan.

Shin Min-a Is A Member Of