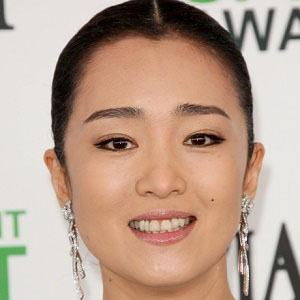 Famous for her Golden Rooster and Golden Phoenix award-winning performances in the films Breaking the Silence and The Story of Qiu Ju. She is also notable for her Hong Kong Film Award-winning work in Curse of the Golden Flower. In 2018, she was cast in the live-action remake of Disney's Mulan.

While studying at Beijing's Central Academy of Drama, she was cast as the lead character in her debut film, the Zhang Yimou-directed feature Red Sorghum.

She starred in Raise the Red Lantern, a 1991 feature that was nominated for an Academy Award in the foreign language category.

The daughter of Gong Lize and Liu Ying, she spent her youth in Shenyang, China. Following a high-profile relationship with director Zhang Yimou, she married business executive Ooi Hoe Soeng; the couple divorced in 2010 after fourteen years of marriage.

She co-starred with Jeremy Irons in the English-language feature film Chinese Box.

Gong Li Is A Member Of