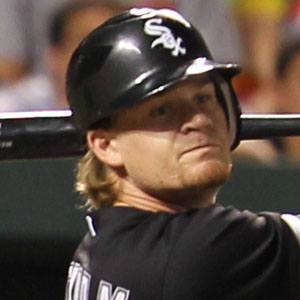 Second baseman who was named the American League Rookie of the Year by Sporting News with the Chicago White Sox in 2009.

He was an All-State quarterback and free safety while leading The Westminster Schools to an undefeated football season his senior year.

He has two younger sisters, Gwen and Grace.

He attended the University of Georgia the same time as future NFL starting quarterback Matthew Stafford.

Gordon Beckham Is A Member Of