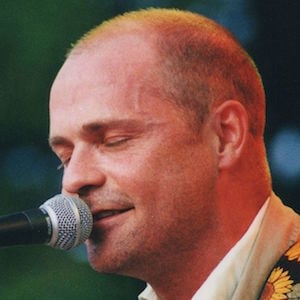 Lead singer of rock band The Tragically Hip, a group that has received more than ten JUNO Awards.

He attended Kingston Collegiate and Vocational Institute, where he met his bandmates.

He is the godson of former Boston Bruins GM and coach Harry Sinden.

He and Justin Bieber are both Canadian musicians.

Gordon Downie Is A Member Of