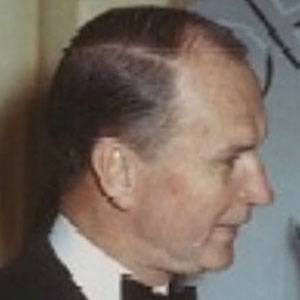 American politician who served as the 2nd U.S. Secretary of the Army under Harry Truman and 5th National Security Advisor under Dwight D. Eisenhower.

He attended the University of North Carolina for his undergraduate degree and obtained his law degree from Yale Law School.

He was awarded the Presidential Medal of Freedom in 1961 and the Sylvanus Thayer Award from the U.S. Military Academy in 1976.

He married Jane Boyden Craige in 1938, and they had four children together. After her death, he married Nancy Maguire Beebe.

Both he and Robert Oppenheimer were rumored to have been members of the Majestic 12 organization formed by U.S. President Harry Truman.

Gordon Gray Is A Member Of