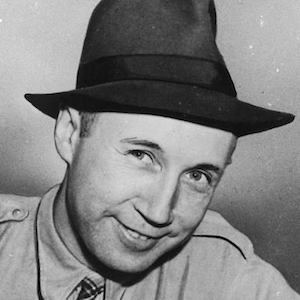 Canadian journalist, writer and commentator who worked as a reporter for the Toronto Star. He wrote the book Cannibal Quest which peaked at number 9 on the U.S. bestseller list.

He applied for a job at all four Toronto newspapers, and was only offered one by the Star.

He began working in television in 1957 as a panelist on the CBC Television series Front Page Challenge.

He married his coworker Gladys Prewett in 1926.

He and Roy Dickinson both worked for the Toronto Star.

Gordon Sinclair Is A Member Of