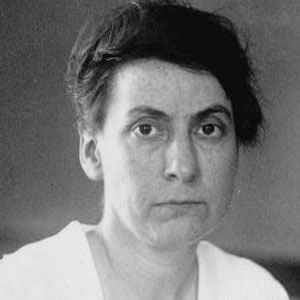 Remembered for her activist work on behalf of immigrants and children, this American social worker and sociologist of the early 20th century served as Director of the U.S. Children's Bureau's Labour Division and, as such, oversaw the implementation of the Keating-Owen Act of 1916.

Born in Grand Island, Nebraska, to Elizabeth Griffin and Nebraska Lieutenant Governor Othman Ali Abbott, she and her sister, Edith Abbott, were both influential social workers.

Upon moving to Chicago in the early 1900s, she lived in Hull House, a residence established by her fellow social worker Jane Addams.

Grace Abbott Is A Member Of