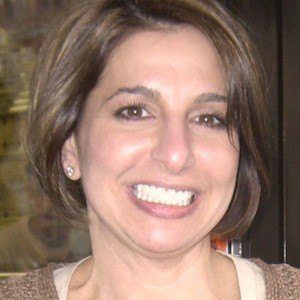 Reality television star of TLC's Cake Boss, known as the front counter manager of Carlo's Bakery. The eldest sibling of the Valastro family, she married the head baker of Carlo's, Joe Faugno.

Her daughter Bartolina, was diagnosed with Epilepsy when she was just 11 years old, which is why the family uses their fame to raise awareness and money for charities like Anita Kaufmann Foundation.

She married Joey, the head baker and together they have Robert, born in 1992, and Bartolina, born in 1997.

She is the oldest of the Valastro siblings, meaning that she is oldest sister to Cake Boss Buddy Valastro, sister-in-law to Lisa Valastro, and older sister to Maddalena Castano, Mary Sciarrone, and Lisa Valastro.

Grace Faugno Is A Member Of