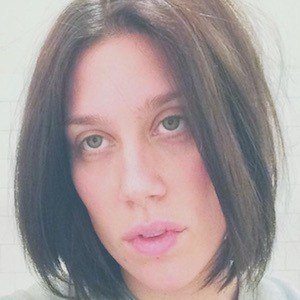 R&B vocalist best known as one half of the band Skin Town alongside partner Nick Turco. The pair released their debut album The Room to iTunes in November 2013.

She and musical partner Nick Turco created Skin Town in late 2012 after they'd met at a Fader event where Zola Jesus, The-Dream, and Rick Ross were all on the bill.

Before forming Skin Town, she'd been a member of cover bands of The Slits and Crass.

Grace Hall Is A Member Of