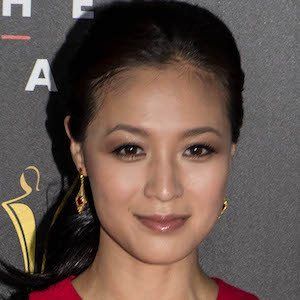 Taiwanese-born Australian actress known for appearing in the movies Infini, Cold War, and The Man with the Iron Fists. She's also appeared on shows like Strangers 6 and Hiding.

She made her film debut in 2009 with a role in the movie Overheard.

She received a degree in commerce from the University of Sydney.

She speaks English, Cantonese, and Mandarin.

The Man with the Iron Fists was directed by RZA.

Grace Huang Is A Member Of