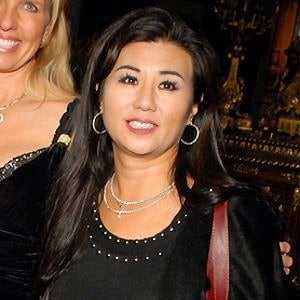 South Korean television show host and disc jockey who has hosted shows such as Andar ng mga Balita and News on Q.

She graduated with a Communication Arts degree from Ateneo de Manila University and was an interpreter for Malacanang.

She gained publicity for having a relationship with the president of the Philippines, Benigno Aquino III.

She co-hosted the show Wowowillie with Willie Revillame in January 2013.

Grace Lee Is A Member Of