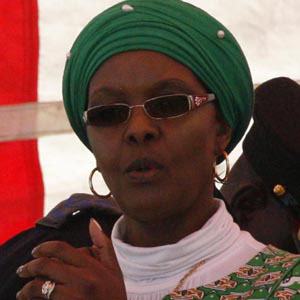 Second wife of Zimbabwe President Robert Mugabe, who she married in 1996, and the First Lady of Zimbabwe. She has been accused of making millions of dollars from the sale of blood diamonds.

She was previously married to Stanley Goreraza, an air force pilot.

She ordered her bodyguard to assault a Times photographer Richard Jones while in Hong Kong.

She has four children from her previous and current husbands.

She and Ellen Wilson were both first ladies.

Grace Mugabe Is A Member Of