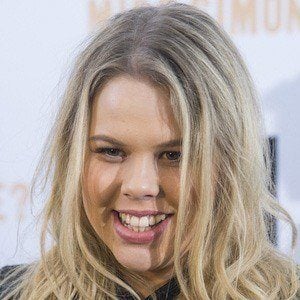 Australian singer/songwriter best known for her single "You Don't Own Me," featuring G-Eazy. Her debut album was released in 2015. In 2017 she provided vocals to Honor, a DJ Cassidy single.

She attended a catholic primary school in Australia.

Her hit single "You Don't Own Me" was a Spotify top 10 most viral track and topped the Australian singles chart.

Her grandparents toured with the Bee Gees. She and her brother Conrad Sewell became the first Australian-born singles to each have #1 songs.

Her #1 single was a remake of Lesley Gore's song of the same title.

Grace Sewell Is A Member Of