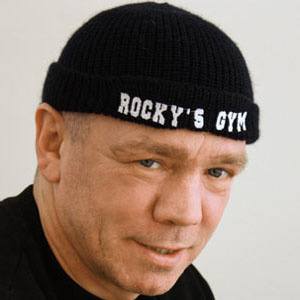 He won the German Light Middleweight National Amateur Championships in 1982.

He was sentenced to 5 months in jail for assaulting a taxi driver in 2006.

He was twice defeated by Dariusz Michalczewski, once via technical knockout, and once via disqualification.

Graciano Rocchigiani Is A Member Of