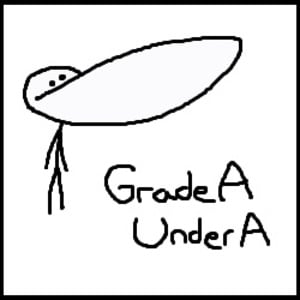 Comedy commentator on YouTube with an astounding 3.7 million subscribers who is known for his satirical rants seen through poorly drawn animated videos. His name stands for "Grade A Under Achiever," and he revealed his identity to the world upon hitting the 2 million subscriber milestone.

He was training to be a teacher, but was fired after he and the head of the math department could not come to an understanding.

His real name is Ram Karavadra. He was born in England.

He has posted video arguments against fellow creators such as Nicole Arbour and Vegan Gains.

GradeAUnderA Is A Member Of