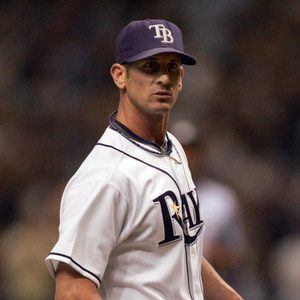 MLB relief pitcher who set the Oakland Athletics franchise record for consecutive saves with 44; named to his first All-Star game in 2013.

He played for the Tampa Bay Rays, the Minnesota Twins, and the Milwaukee Brewers prior to joining the Athletics in 2011.

He was teammates with outfielder Coco Crisp on the Athletics from 2011 to 2013.

Grant Balfour Is A Member Of