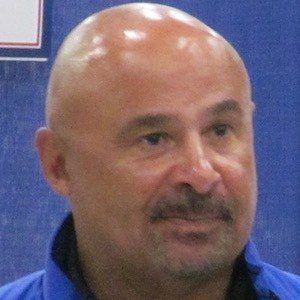 Hall of Fame NHL goaltender who won six Stanley Cup Championships alongside the great Wayne Gretzky on the Edmonton Oilers from 1984 to 1990. He was a 6-time All-Star and the recipient of the 1988 Vezina Trophy as the league's top goaltender.

He began his professional career with the WHL's Victoria Cougars in 1979 and he was selected 8th overall in the 1981 NHL Draft by the Oilers.

He married Lisa Cavanaugh in 2014.

Star forward Mark Messier was another future Hall of Famer on the legendary Oilers of the 1980s.

Grant Fuhr Is A Member Of