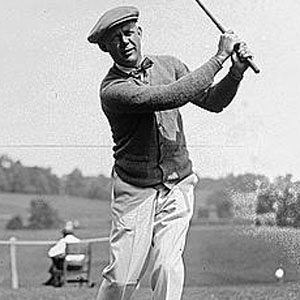 Legendary Tennessee sportswriter who came up with the name for the Four Horsemen of Notre Dame, among other quotes.

He was enrolled at Montgomery Bell Academy and Vanderbilt University in Nashville and played for the football team for three years.

Before leaving for WWI, he gave his estate of $75,000 to his friend for safe keeping, but he lost it all in bad investments and committed suicide. Rice then helped to support his friend's widow.

He married Katherine Hollis in 1906 and together they had a daughter named Florence.

His writings made national heroes out of stars like Jack Dempsey.

Grantland Rice Is A Member Of