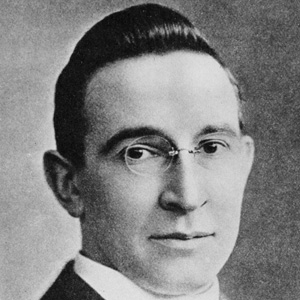 Scottish-born journalist, financial expert, and founder of Forbes Magazine. Over the course of his career, he also penned several nonfiction books, including How to Get the Most Out of Business and Men Who Are Making America.

After graduating from the University of Dundee in his native Scotland, he moved to South Africa to write for The Rand Daily Mail.

He remained the editor of Forbes magazine until his death.

He had four sons: Malcolm, Bruce, Gordon, and Wallace.

Computer entrepreneur Bill Gates topped the Forbes 400, a list of the richest people in America.

BC Forbes Is A Member Of