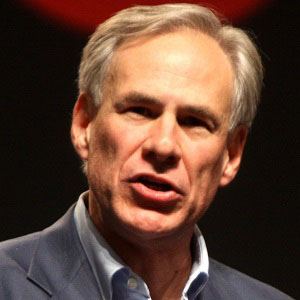 After serving as an Associate Justice of the Texas Supreme Court and as Texas' fiftieth Attorney General, this Republican Party politician was elected Governor of Texas. He and his Lieutenant Governor, Dan Patrick, took office in January of 2015.

After earning his bachelor's degree from the University of Texas at Austin, he completed his J.D. at Vanderbilt University and worked as an attorney.

He was involved in the Van Orden v. Perry U.S. Supreme Court case that established Texas' right to post the Ten Commandments outside the State Capitol.

He and his wife, Cecilia Phelan, adopted a daughter named Audrey.

He succeeded Rick Perry as Governor of Texas.

Greg Abbott Is A Member Of